Nembutal in Countries where Assisted Dying is Legal

Nembutal is the drug of choice in countries where VE and Assisted Suicide are legal and is used in The Netherlands, Belgium, Switzerland and the US states of Oregon and Washington.

When the Rights of the Terminally III Act was passed in the Northern Territory, I had the
challenge of deciding which drug or substance would produce the most humane, peaceful reliable death.

After much searching and consultation - a process that even saw us seeking information about the drugs used for execution in the US - a decision was made to sanction the use of a large intravenous or oral dose of Nembutal.

The four people who died using the ROTI Act all injected themselves with Nembutal - with the help of the Deliverance Machine, now on display in the British Science Museum.

While these people could also have simply drunk the liquid Nembutal, each preferred intravenous administration. When delivered in this way, loss of consciousness is almost immediate (seconds), with death following a short time later.

Drinking Nembutal is often the preferred option and means no other person need be involved in administration. For example, in the state of Oregon in the US, a doctor is only allowed to prescribe as opposed to administer a 10 gm oral dose of barbiturates to a patient. The patient must drink the drug themselves. In Switzerland, too, it is the client who must
administer the drug him/her self. In Holland and Belgium, it is lawful to provide barbiturates as an injection to a dying patient. The drug used in each these places is Nembutal.

Barbiturates effect the action of the brain chemical GABA in that they enhance the effect of GABA on the brain, and may even act in its place. GABA slows the activity of the brain.
Enhancing its action causes sedation and sleep. In larger doses, the barbiturate may even replace the GABA in the brain. An overdose of a barbiturate can depress brain function so severely that respiration ceases and the person dies.

As discussed above, the depressant effect of barbiturates can be useful in counteracting the irritability and paranoia that can result from the use of amphetamines. Barbiturates have also been reported to be effective in alleviating the symptoms of heroin withdrawal. In the 1960s, injecting drug users were reported to have substituted barbiturates for opiates like heroin and methadone if such drugs were not available. 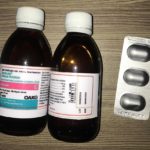