Peaceful Pill Directory
(@ppd-admin)
Member Admin
Joined: 4 years ago
Posts: 10
01/10/2019 11:36 pm
Drug Options - Morphine
&
Slow Euthanasia
Introduction - The Doctor’s Loophole
Slow euthanasia or the‘Doctrine of Double Effect’ as it is often called,is the only way a caring doctor can hasten the death of a patient and escape any legal consequence.
Known commonly as the‘doctor’s loophole’s low euthanasia allows a doctor to end a patient’s life by slowly increasing the
amount of a pain-killing drug. In the eyes of the law it doesn’t matter if, in the course of treating a person’s pain, the person dies. It is the administration of the pain-relieving drug that causes the double effect; it relieves pain but it also causes death. As long as the stated primary intention is the treatment of the person’s pain, the doctor is legally safeguarded.
While slow euthanasia is relatively common, few doctors will ever admit their involvement. Even while administering slow euthanasia, some doctors will argue that they are only treating the patient’s pain. Others know exactly what their ‘prime intention’ is, but wisely decide to keep quiet about it. Others just prefer not to think about it too closely.
It is a pity that this practice is so cloaked in secrecy. Clearly,it would be better if there were open and honest communication between the medical system(represented in the doctor and healthcare team), the patient and the patient’s family. However, with laws in place that make it a serious crime to hasten a patient’s death, but make it no crime at all to aggressively treat pain, there is little prospect of change.
How Slow Euthanasia Works in Practice
A doctor practising slow euthanasia usually gives a narcotic analgesic(morphine), while periodically reviewing the patient’s pain. The claim is then made that treatment is inadequate, and the morphine dose increased.
If this review takes place every4-6 hours, morphine levels will rise. Eventually lethal levels will be reached and the patient will die.  The doctor defends his or her actions by simply saying that they were trying to control the patient’s pain. Death, they argue,was an unplanned consequence of either the patient’s disease or the necessary treatment for the pain.
It can take days for the levels of morphine to become high enough to cause death. It is important for the doctor’s safety that the process is slow. Indeed,it is the length of time taken that gives credibility to the argument that there was effort put into establishing just the right dose of morphine.
Another way of understanding the process of slow euthanasia is to consider the link between cause and effect. The time taken for the morphine to end life muddies the water and blurs the connection between the cause (the commencement of morphine) and the effect (the patient’s death). By blurring this link, a doctor can help a patient die and escape the legal consequences.
Problems with Slow Euthanasia
Slow euthanasia has a number of features that limit its appeal to a patient. Firstly, it is the doctor who is in control. While a patient might ask for this form of help, it will be the doctor who decides if and when it will be provided. Just because you - the patient-feel that now is the right time to begin the process, there is no guarantee that the doctor will agree.
For more information about using Morphine for Slow Euthanasia, get the Peaceful Pill Handbook.
This topic was modified 4 months ago by Peaceful Pill Directory
Quote
Share:
Forum Statistics
8 Forums
16 Topics
20 Posts
0 Online
7,713 Members

Latest Post: Where can I get the list of reliable Nembutal vendors Our newest member: John100lee Recent Posts Unread Posts Tags 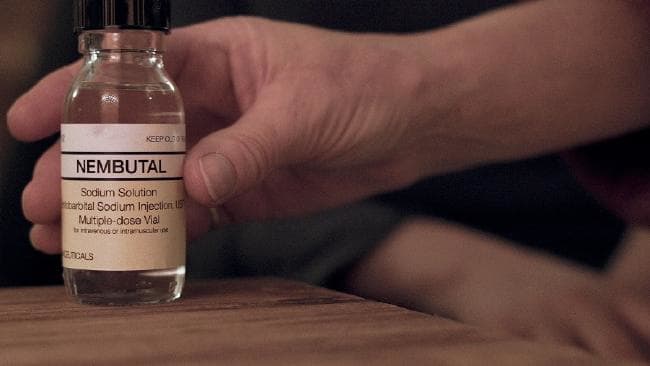 How to buy Nembutal